This page lists the notable events of 2019. All events are listed in reverse chronological order (the January articles are at the bottom of this page).

Summary: The infrastructure and major construction projects complete, 2019 saw the continuation of the beautification project, the creation of the tree line nursery, the replacement of the East fence, and a reconfiguration of the rear tank bank and trellis field.

This last project of the year proved to be a real challenge!

And, the IBC tanks were installed in order of acquisition. Because some tanks are larger than others (330-gallon versus 275-gallon), the installation order resulted in a mixed layout; the large 330-gallon tanks were mixed in with the smaller 275-gallon tanks, complicating the plumbing and fill/drain performance. Finally, the Ondura panels offered poor insulation.

As with most projects, the first step was a shopping trip to buy concrete blocks, pavers, roofing panels, and PVC fittings, These supplies were expensive, but we saved a ton of money by doing the work ourselves.

In the next step, we extended the paver base to provide a solid foundation for the new configuration.

After removing the plumbing, we (again) used ramps to dismount each of the tanks. The individual tanks are not heavy, but they’re old and quite fragile. Note that each of the tanks is wrapped in black landscape plastic to prevent algae growth.

After lots of work, we finally had the tanks in place, plumbed, and covered again. This time we used styrofoam sheets to insulate each of the tanks, and we added a removable cover to make it easy to access the top lid of each tank (for cleaning).

Two tanks were damaged during the project; one developed a seam leak around the drain spout, the other got “holed” while installing the outer cover. The new design proved useful in that were able to remove both tanks by opening the top covers and lifting them out with a block-and-tackle rig.

We used JB Weld Plastic Bonder (available at Halls and WalMart) to repair both leaks (works great on HDPE plastic!).

Replacing the tanks was easy. We used a 2×4 (during re-insertion) to keep the valve from hanging up on the cage frame as we lowered the tank into place. Duration was about four hours for each tank.

Shown above before replacement, the old wooden fence has seen better days. After years of patching it up, it was time to tear it down.

We decided to replace the old fence with chain link. We were surprised to discover that chain link isn’t what it used to be; the poles are now a smaller diameter and few (if any) king posts are installed.

Instead of purchasing plastic “privacy” slats, we chose to use a sun-resistant cover instead. Inexpensive and easy into install, this cover handles wind loads well and is expected to last for years.

Chain link is not cheap, but it’s expected to outlast wood by many years, and the job was completed in a single day! 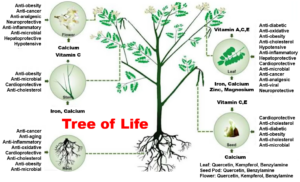 The Tree of Life is a true superfood. If you only have one plant in your garden, this is the only one you need!

The best solutions…come from our many friends. This web site is designed to keep our friends informed of the projects, issues, and progress of EBG. Do you have an idea or solution to share? Please let us know!

Comments on the Covid-19 Pandemic 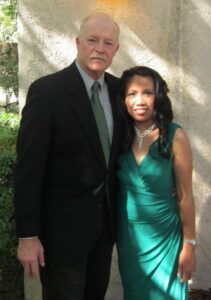